Menu
Your Cart
Welcome to our new look.     COVID Update: We are open. Be safe and order online.

These two-way radios can be used for either commercial or personal use without the hassle and expense of an FCC license. Yet they're designed to standards and features found on many professional business 2-way radios. They use either the 900MHz license-free frequencies, FRS radio service, or the MURS license-free radio service.

FRS Radios
New FCC rules have changed FRS radio service. Now FRS radios can be used for commercial businesses. And FRS radios can have up to 2 watts of power, similar to many commercial-grade two-way radios on the market. FRS frequencies are only UHF.

900MHz Radios
The radios listed as "900MHz On-Site" typically provide coverage within an area of between 325,000 - 350,000 sq ft and transmit at 1 watt. 900MHZ radios work well indoors but have limited range outdoors.

MURS Radios
The MURS radios (Multi-Use Radio Service) use 5 VHF frequencies and transmit at 2 watts. MURS radios typically provide coverage between 3 and 5 miles outdoors (depending on conditions), and 1½ - 2½ miles in urban conditions. Indoors MURS radios are prone to "dead spots" as all VHF radios are. For more information on MURS radios, frequencies, and rules see MURS Radio. 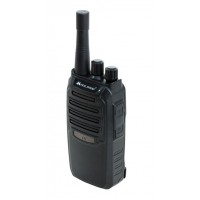 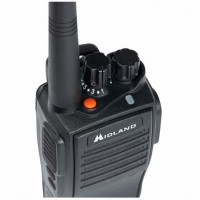 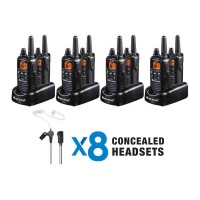 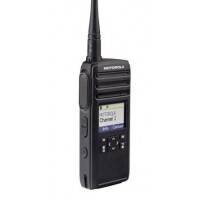 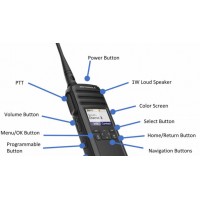 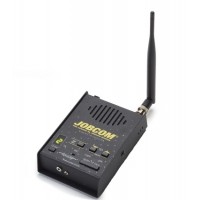 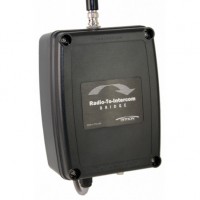 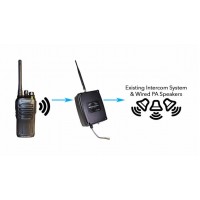